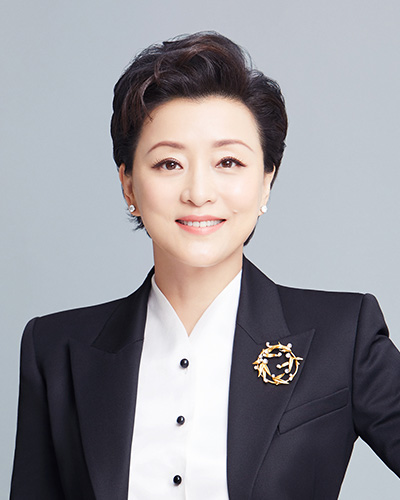 Called “China’s Oprah” by NPR and others, Lan is a groundbreaking broadcast journalist and media entrepreneur who influences millions of lives on a daily basis.

She is the co-founder and chairperson of Sun Media Group as well as the Sun Culture Foundation. On her signature program Yang Lan One on One, she has interviewed up to 1,000 luminaries, leaders, and icons around the world ranging from world leaders to champion athletes. Forbes named Lan one of “The World’s 100 Most Powerful Women.”

In addition to being the only person to have represented Beijing twice for its successful Olympic biddings, Lan has been a Global Ambassador and International Board Member for the Special
Olympics Movement and the first Chinese UNICEF Ambassador, as well as being the vice-chairman of China Charity Alliance. She has also been honored with many awards, including Columbia  University SIPA’s Global Leadership Award, the National Philanthropy Award, the Women’s Achievement Award by All-China Women&#39;s Federation, and the Paley Center for Media and AOL’s “Makers” award, among many others.