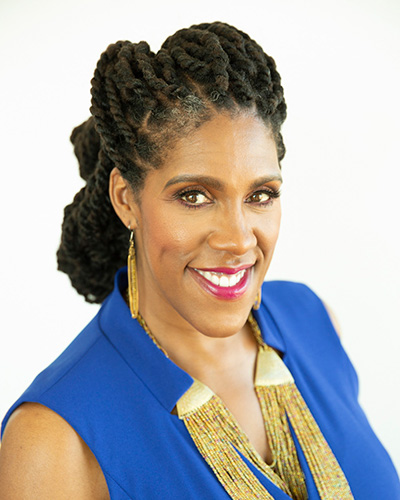 Teresa is an energetic activist, powerful advocate, and renowned public-speaker with 20 years of experience as a proven leader in the philanthropic and policy sectors.

She serves as the President and CEO of the Ms. Foundation for Women, whose mission is to build women’s collective power in the U.S. to advance equity and justice for all. Previously, Teresa was the executive director of the Connecticut General Assembly’s Permanent Commission on the Status of Women and executive director of the ACLU of Connecticut – the first African American and the first woman to hold that position.

Her impact and influence have been felt in numerous other organizations as well, including as the two-term president on the board of the Girl Scouts of Connecticut and as a member of the boards of the Universal Health Care Foundation of Connecticut, Essie Justice Group, National Association of Commissions for Women, and more.

Younger has appeared on MSNBC, NBC News, and NPR Radio, as well as in the New York Times, USA Today, Elle Magazine, and others.