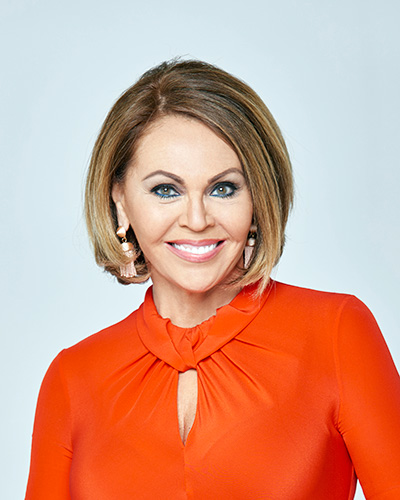 For nearly four decades, María Elena has distinguished herself as one of the most recognized and influential journalists in the United States. Hailed as the “Voice of Hispanic America” by the New York Times, she has covered everything from elections to armed conflicts, as well as interviewing dozens of heads of state and famous entertainers. She is currently a contributor with CBS News across all platforms.

In addition to her 10 Emmys – and being the first Latina to receive the Lifetime Achievement Emmy — María Elena has received numerous other accolades, including a Peabody Award, a Walter Cronkite Award, a Broadcast Legend Award and many more. She was recently inducted into the National Broadcast Association’s Hall of Fame.

María Elena is also tireless in her efforts to inform, inspire and empower the Latino community. She has been recognized by the National Organization for Women, The Congressional Hispanic Caucus Institute, and many others for her work on voter registration and championing citizenship for immigrants.